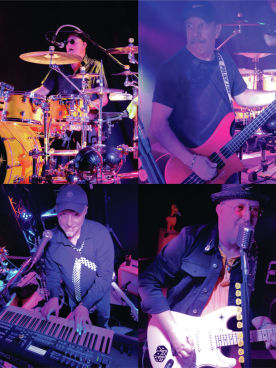 The Sinclairs Band began in 1997 as a garage band; friends who got together for the simple joy of making music. There were no intentions of becoming a working band. After playing a couple of backyard get-togethers it was clear the band was on to something. Under urging from friends, the band began to book gigs and find success on the local scene. Much has changed over the years. What began as friends playing 60’s songs for kicks grew into a band known as a local staple providing good-time performances and leaving audiences with a show they fondly remember.

The Sinclairs Band focuses on good time hits of the 70’s, 80’s, 90's and beyond. Aimed at the dance floor, the band plays a mix of classic party rock, pop, and funk by such artists as The Doobie Brothers, AC/DC, Bryan Adams, INXS, The J. Geils Band, Earth, Wind & Fire, Bon Jovi and Tom Petty to name a few.

“What a fun, engaging, and professional unit The Sinclairs are. We invited them to play at a WHNN station event and I was very pleased with the outcome.  I would not hesitate to use them again and will highly recommend them to others.”
-Scott Stine, Program Director - WHNN 96FM

“The Sinclairs were sensational! Their performance at the Labadie Pig Gig had the crowd energized. Their interactive style was fun and just what we were looking for at our event. We will be booking the Sinclairs again in the future!"
-Wendy Dore, Adoreable Entertainment

“The party atmosphere that The Sinclairs establish make their band second to none in Mid-Michigan.  Their unique ability to have all demographics dancing, tapping their feet and tuned in to their show is quite remarkable.
-Craig Goslin, Partner/Vice President of Business Operations,
Saginaw Spirit Hockey Club

“The Sinclairs are terrific—both to work with and the quality of their performances.
-Chris Mundhenk  V.P. – Marketing & Entertainment, The Great Lakes Loons

“The Sinclairs brought high energy to our outdoor concert series. Their great variety and interactive style made the show fun for all ages”
-Marty McGuire, Director of Public Services, City of Midland 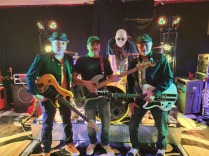